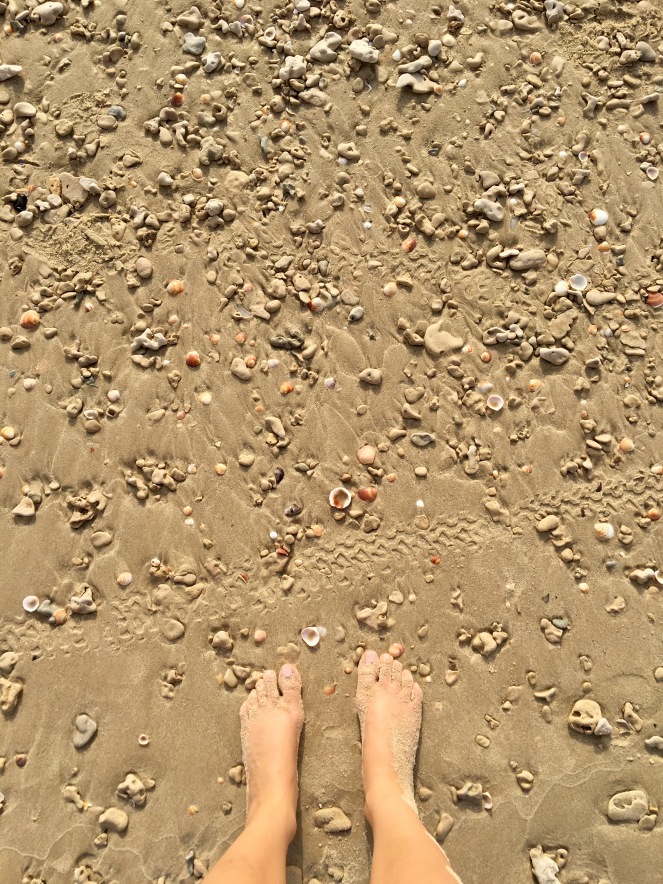 This summer I spent a month in Israel, touring the land with a Jewish group from Los Angeles and visiting family I never knew existed. Anyone who’s visited the Holy Land knows that it’s a place for religious exploration, late-night raging, and everything in between. Two weeks later, totally de-jetlagged and post-vacation mode, I can’t seem to stop thinking about the Land of Milk and Honey, and it’s not because my social media advertisements are still showing up in Hebrew. Just my second time in Israel, there’s something about the place that leaves a lasting impression in my mind.

One day while staying with my cousin in Netanya, she looked with dismay at all the sand I tracked into her apartment after spending the day before at the beach. I could’ve sworn I shook off all the sand from my clothes, but she insisted that just placing my romper on her bed left the pesky grains all over. With a knowing tone to her voice, she said, “It’s Israeli sand, it sticks to you.” I apologized for the mess, vowing to clean up after myself more diligently next time.

Days later, my cousin’s words reverberated in my ears. “It’s Israeli sand, it sticks to you.” With my vacation coming to a close, I gathered a second layer of meaning from the not-so-serious sentence. There’s something telling about describing sand as “Israeli,” as if the sand has a certain vigor, a certain chutzpah, to cling onto a person (or a person’s bed sheets). It’s the sort of persistence that only Israeli sand could have. To carry on and survive despite all opposing odds.

Like the Israeli sand that overstayed its welcome in my cousin’s apartment, so too did my experience in Israel leave behind an enduring presence on my psyche. Growing up in a Conservadox household with a pretty solid basis of Jewish learning, I didn’t learn so much that was new to me; instead, I was reminded of what I already knew. Being in Israel, in the holiest place on Earth, reminded me of my humanity. Surrounded by so much faith and spirituality, by people who were not afraid to feel and to live with a higher purpose, I was reminded that there’s more to life than just chasing money until you die.

There’s so much meaning behind every tiny aspect of this vast universe. There’s a natural order to the world—both what we can and cannot see. And no, I didn’t come to this realization by means of Israeli hash. All it took was a little time spent in the place that sticks to you like Israeli sand.

View all posts by AwkwardInspo

David Horowitz and the controversy of Jewish conservatism on college campuses

“Night of Unity” draws connection between American and Israeli veterans

Curious George: the story of a student on the brink of conversion

“Deltopia” results in riot near UCSB